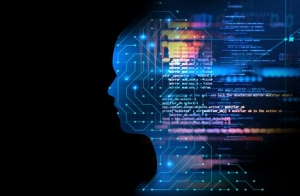 Since the early 1800s, business people and mathematicians have been trying to solve the “Traveling Salesman Problem.” Simply put, the “TSP” asks the question: Given a list of cities and the distances between each pair of cities, what is the shortest possible route that visits each city and returns to the origin city?

Initially, the question had more to do with ordering the route of a merchant who wanted to take a wagon of goods to a series of isolated towns and villages. Today, manufacturers, retailers, and, most importantly, fleet managers, are still asking that question — typically many times a day.

And now, thanks to computers, artificial intelligence (AI), and machine learning, the traveling salesman question actually has answers for these fleets.

More and more of those companies are looking to utilize sophisticated tools that leverage Artificial Intelligence (AI), like Omnitracs Roadnet Anywhere, to get the best possible answer to what, in its most basic form, is the very same problem. How do we schedule a truck to make a series of delivery stops in a day, or over several days, using the most efficient and least costly route possible, while meeting all customer commitments along the way?

To do that even just 40 years ago, a company would have needed to employ a small army of mathematicians who also had years of logistics planning and actual truck driving experience. Thanks to the ability to use sophisticated algorithms embedded in the heart of Roadnet’s   systems, companies ranging from the very largest, all the way down to companies with a few routes a day, can take advantage of some of the most sophisticated and successful   decision-making software available anywhere in the world.

Reducing the time, fuel, and human labor consumed to get products from the factory or warehouse to retailers’ shelves (or, increasingly, to consumers’ doorsteps) is now critical to selling and profiting from all sorts of goods. So, as a result, trucking and the broader logistics industry have had to become extraordinarily sophisticated. And that need for sophistication is increasing every year.

Omnitracs Roadnet Anywhere is a perfect example of that rapid evolution. The so-called “Big Data” revolution of the last 20 years has taught us the value of the data created every minute in the transportation and logistics business. But the problem with collecting lots and lots of data on individual trucks has always been finding the discernable patterns hidden within that mountain of data and using it to make smart decisions that will save time and money and make everyone involved happy — from the customer to the driver, and from the manufacturer to the CFO of the company making deliveries.

The key to capitalizing on all that data is gaining the ability to analyze it quickly and clearly in order to come up with both strategic and tactical decisions on how best to move those goods to market. To do that, Omnitracs has bought deeply into the idea of artificial intelligence.

That is, as the software rakes in more and more data every day, including results from previous days’ actual delivery performance, it is able to analyze, as well as adapt, to make ever-better, more specifically optimized decisions for each vehicle and each route. This minimizes the needs for a person to step in and adjust the program in order to make it better than it was the day before, as the programs are capable of taking in new data and adjusting their predictions and decision-making based on new data and experience.

The end result is a route that gets a truck carrying a maximum load to all the destinations it needs to visit, and then back home in the least amount of time, and in the most efficient way possible. That’s guaranteed to please not only the manufacturers, retailers, and consumers who are the customers, but also the drivers, managers, accountants, big bosses, and even shareholders of the companies that employ such AI/machine learning-enabled systems.