The Amazon Effect on Trucking 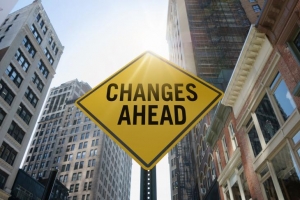 The retail industry has been thrown into a chaotic era of dramatic change by the rapid growth of Amazon and other online marketplaces.

This disruption of retailers, both online and in brick-and-mortar stores is called the Amazon Effect, and its impact is now felt even in the trucking industry. Amazon innovated the market, changing how we all think of choice, convenience, and value. Because of this, consumers are now accustomed to low-cost/no-cost two-day, next-day, and even same-day delivery.

Consumers also have access to a huge and rapidly expanding menu of products ranging from large appliances to packs of chewing gum. In response, shippers and trucking firms — plus the logistics companies that support them — are scrambling to rewrite their playbooks on the fly.

The fourth quarter of 2017 showed a 16.9 percent increase in online shopping over the same period in 2016, according to the U.S. Census Bureau. It was the strongest quarterly growth in e-commerce in almost six years. But that doesn’t mean online selling lagged in some of those intervening quarters. The segment hasn’t seen its year-over-year quarterly sales growth performance fall into mere single digits in a decade.

Meanwhile, retail sales through traditional brick-and-mortar stores are fighting to stay even year-over-year, with many small chains and several mall-based department stores forced to reduce their footprints or go out of business. Toy giant Toys R Us is the most recent example of the latter, but it’s not alone.

Retailers are placing huge bets on new online selling channels to compensate for declining foot traffic and sales in their physical stores. The trend is forcing huge changes in the logistics and transportation sector as consumers demand more online shopping and shipping options.

The dominant distribution model over the last couple of decades typically included giant regional warehouses and sorting facilities. Typically located in a semi-rural area, these distribution centers could keep stores in a whole state or large region fully supplied. But with the emphasis on very short delivery schedules, more and more retailers are finding it necessary to build smaller warehouses closer to big markets to allow their fleets to make multiple quick delivery runs to storefronts as well as to consumers’ homes, offices, or public drop-off locations.

These new demands are forcing trucking companies to adapt. Giant Class 8 rigs are fantastic for delivering huge loads to a big box store several times per day, but they’re not so great for delivering one-off items like a kitchen stove, or relatively cheap and insubstantial items like a big pack of diapers.

Not surprisingly, some of the biggest names in the industry are buying smaller box-type delivery vehicles, some with powered lift gates that are more maneuverable and more flexible. Similarly, they’re having to learn how to deal with a variety of objects weighing in at wildly different amounts, sizes, shapes, and weights.

None of that means the 18-wheeler is about to go extinct. Far from it. Large loads from the factory to the warehouse, and from the warehouse to storefronts and forward-positioned distribution centers, will still require big rigs long into the future. Given this nation’s steady growth in both population and consumer demand, 18-wheelers will continue to be in hot demand perhaps forever.

But the steady, strong growth of online retail does likely mean that the mix of trucks on the road will shift over time to include a higher percentage of somewhat smaller commercial vehicles better suited for short runs and home delivery. Trucking companies will need to find ways to attract and retain quality drivers willing to work shorter runs and to handle at-home and at-office deliveries.

Fleets are relying on technology to maximize efficiencies

Just as importantly, the Amazon Effect will increase the already intense pressure on keeping delivery costs low. Consumers today see online shopping as a way of buying what they need at the best price without having to visit a crowded mall or supermarket.

Now more than ever, efficiency matters in trucking. The increased use of technology will improve efficiencies through better route planning, truck progress monitoring, and vehicle and driver performance tracking. Additionally, trucking companies also will have to continue adapting to their customers’ needs by tracking individual products through the supply chain from factory to final destination. With thousands more data points to monitor, trucking companies will have to become more comfortable with onboard technology and the insights that can be gained from it.

Whether it’s a one-truck owner/operator or one of the biggest national operators, it’s clear that the Amazon Effect will continue to push the trucking industry toward greater efficiency through increased use of technology and increased understanding of data it will produce.