Drivers and carriers: What keeps you up at night? 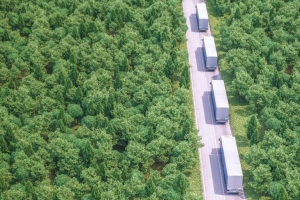 Heading into the new year, what are the biggest issues on the minds of truck drivers and carriers?

The American Transportation Research Institute recently released the results of its annual survey, and, to no one’s surprise, driver shortages, driver retention, and Hours of Service requirements gravitated to the top of the list.

Each of the three issues has been front and center for several years now. Driver shortages put huge amounts of pressure on carriers, forcing them to scramble to keep routes covered. Driver retention, of course, is a strategy to deal with driver shortages, underscoring the importance of staffing on industry executives’ agendas. Hours of Service rules? Carriers are doing their best to manage the mandate and drivers are adapting to the changes.

If we had to bet, these three issues will probably be big sources of discussion next year, the year after, and the year after that.

Then again, some of the other issues that made the list could move up a few rungs next year. ATRI’s combined survey of drivers and carriers ranked the following issues in order, four through ten:

These placements make sense. While Hours of Service affects both sides of the house, it gnaws at some drivers because they feel it’s taking away flexibility. Potential changes that are currently being debated — expanding the daily, on-duty exemption for short-haul drivers from 12 to 14 hours, relaxing time constraints in bad-weather conditions — would give drivers a little more flexibility.

Meanwhile, driver shortage and driver retention are bigger issues for carriers because they’re the ones charged with solving the problems. The drivers themselves want to be paid better and want better work environments, but, based on the survey, they’re more concerned with other issues like driver distraction (#4 on their list), compliance, safety, and accountability (#6), and driver health and wellness (#7).

The driver shortage is real — no doubt about it. Industry experts expect the shortfall to reach 160,000 in the U.S. by 2022 and 34,000 in Canada by 2024. Carriers have put it at the top of their list, and they’re trying to do something about it. The ELD Mandate is opening up discussions about one of drivers’ biggest frustrations: transitioning the pay system from by-the-mile to hourly. They’re equipping vehicles with infotainment systems, cushier sleeper cabs, and driver-focused technologies (like souped-up dashboards, rear- or side-facing cameras). New communications technologies also are keeping drivers better informed and more closely connected to the rest of the company.

Driver distraction is a big issue with drivers. The National Center for Statistics and Analysis found more than 10 percent of fatal crashes and 15 percent of injury crashes are related to distracted driving. While the problem won’t go away overnight, technology advancements can help. Omnitracs developed a predictive model that incorporates hours-of-service (HOS) data to help determine if a driver could be at risk of a fatigue event. There are other systems that detect eye movements such as drooping eyelids and triggers steps such as an audible alarm and vibration of the driver’s seat.

The transportation infrastructure category placed eighth on the drivers’ list and fourth on the carriers.’ Based on the number of times the issue came up at the ATA’s annual conference, ATRI President Rebecca Brewster said she thought the condition of the nation’s roads and bridges would have ranked higher on the list.

Everybody has their opinion but one thing’s for sure: All of these issues will bubble up often in 2019, and a few other concerns will make their way down the highway.

What issue in the trucking industry keeps you up at night?